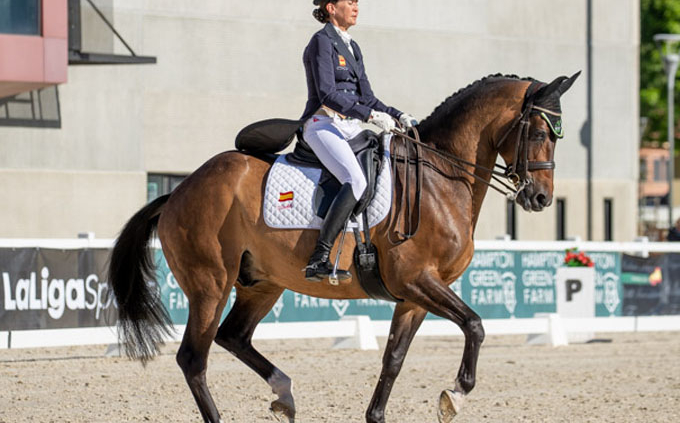 Last weekend the third World Cup dressage competition was held in the Spanish capital Madrid. The Spanish rider Beatriz Ferrer-Salat became second with Elegance (Negro out of Reina elite pref perst sport-dres PROK by Monaco, breeder: G.J. van Olst of Den Hout). She is now 7th placed in the standings. There will be 6 more qualifications in the Western European League, after which the World Cup final will take place in Leipzig from April 6 to 10.

Kjento nominated for the title KWPN Horse of the Year 2021!
Scroll to top