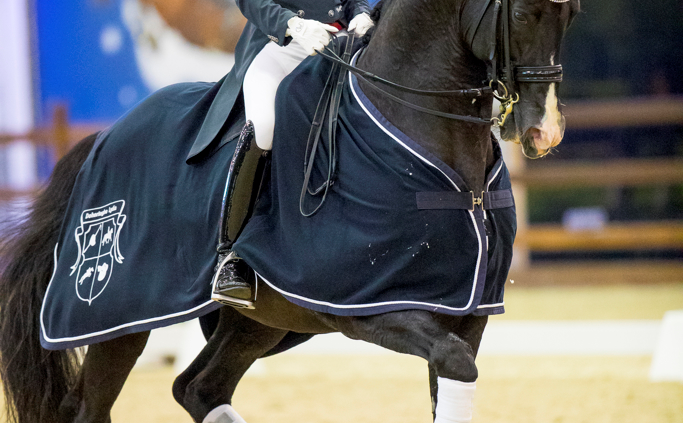 After finishing at a great 3rd place last month in the final of the Subli Cup during Jumping Amsterdam, they managed to win this competition for the second time in a row. Mara De Vries and Alex van Silfhout gave no less than 91 points to Kenndale. Guest rider Dinja van Liere gave the highest points that can be given: the ultimate 100 points!

“After the third time under saddle I started riding him myself. His character and willingness to work make him unique. Every day he wants to be there for me and it is a very sympathetic horse. You only have to try something once, then he understands and does it, and he always enjoys the work, is very good and has three great gaits: what else do you want? There is a lot of potential in Kenndale and he picks up the work very easily, I don’t sell him! ” Nora said.

Third with 82 and 80 points was also a son of Everdale: Kings-Dream WH (mv.Gribaldi). This talent also has a half brother who competes at  Grand Prix. The black gelding also won a competition for young dressage horses last year. Kings-Dream WH appeared first this morning in the ring ridden by Brecht D’Hoore. He and Dominique D’Hoore ride several horses for the owners of Kings-Dream WH from South Korea.

The Everdale son Kazan A scored under Aniek de Laat a total of 81 points. The dam of this Kazan A is a full sister of the Grand Prix horse Kingsley Vinzar.

Today, Sunday, the program continues with the four-year-olds.