Last week there came an end to a fantastic competition season. The competition horses are now getting a well-deserved period of rest. Time to look back at the great results of the last months. 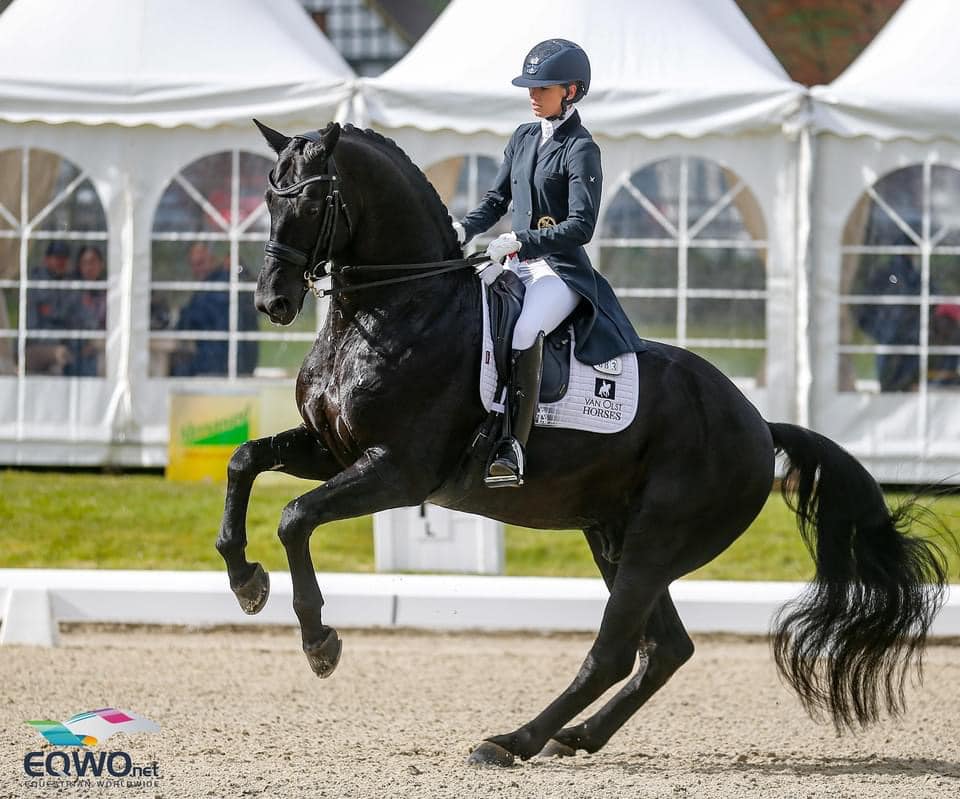 Then Inclusive, Everdale and Dark Legend went to CDI Exloo in early May. It was also a long time ago for these horses that they’d been out competing. Inclusive scored a beautiful 73.33%, good for a second place. With Dark Legend, Lottie won the Grand Prix Freestyle with a new PR of 81.56%. Everdale won the Special with 77%! 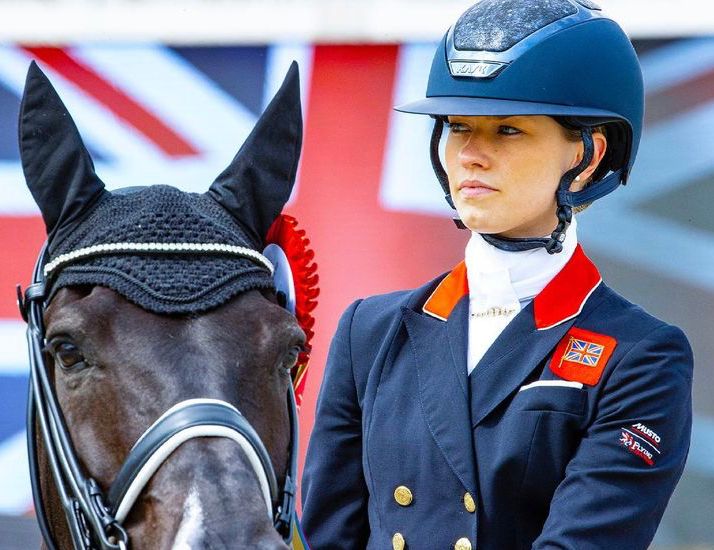 Meanwhile, the qualifications for the World Championships for Young Dressage Horses in Verden took place. Lottie rode the qualifiers with the approved stallion Kjento. Time after time they rode amazing tests and received praising comments from the judges. 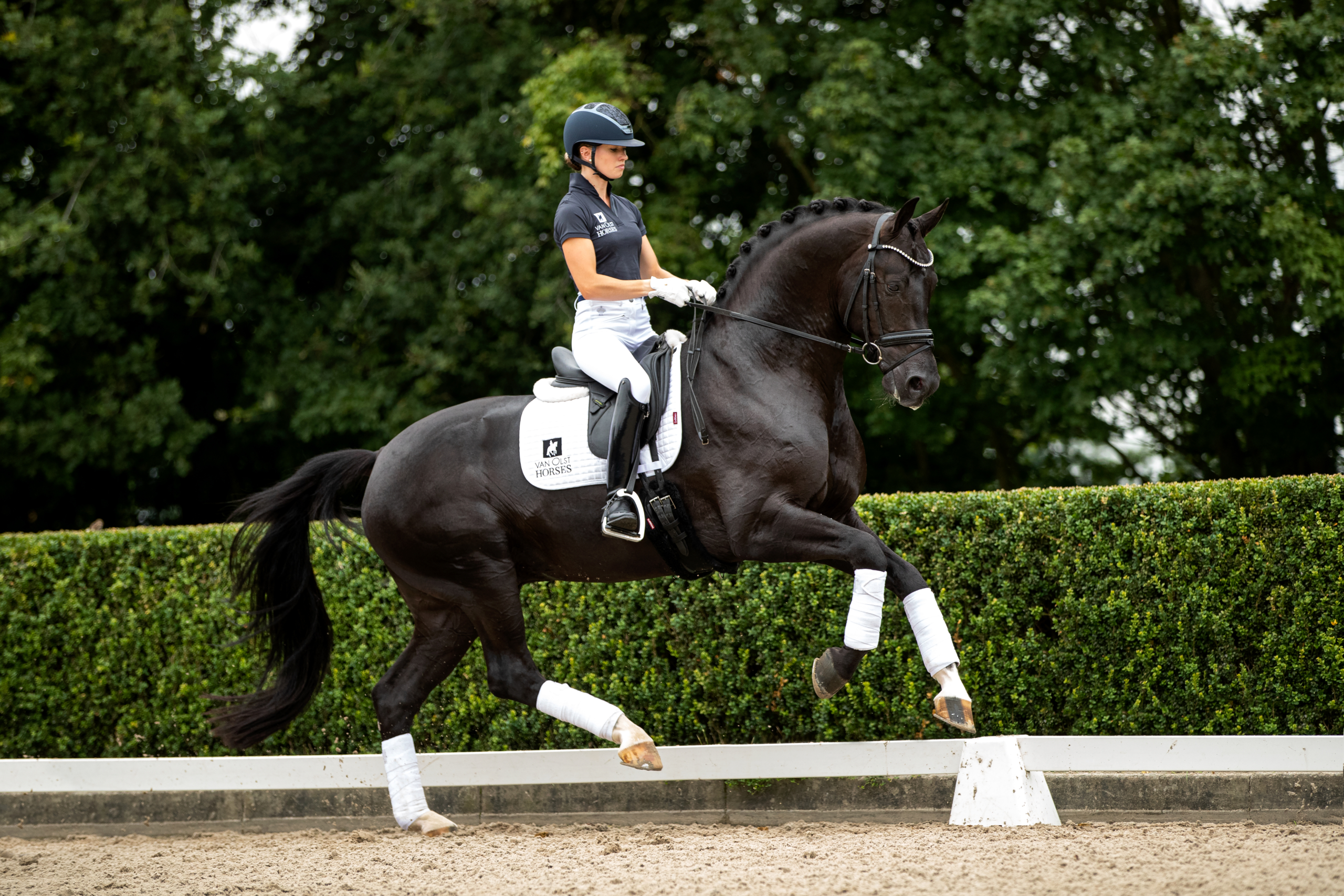 After CDI Exloo Lottie went to Grote Brogel with Glamourdale. On only his second International Grand Prix competition, there were two fantastic victories. 76.76% in the Grand Prix, and 83.24% for his first-ever Grand Prix Freestyle!! 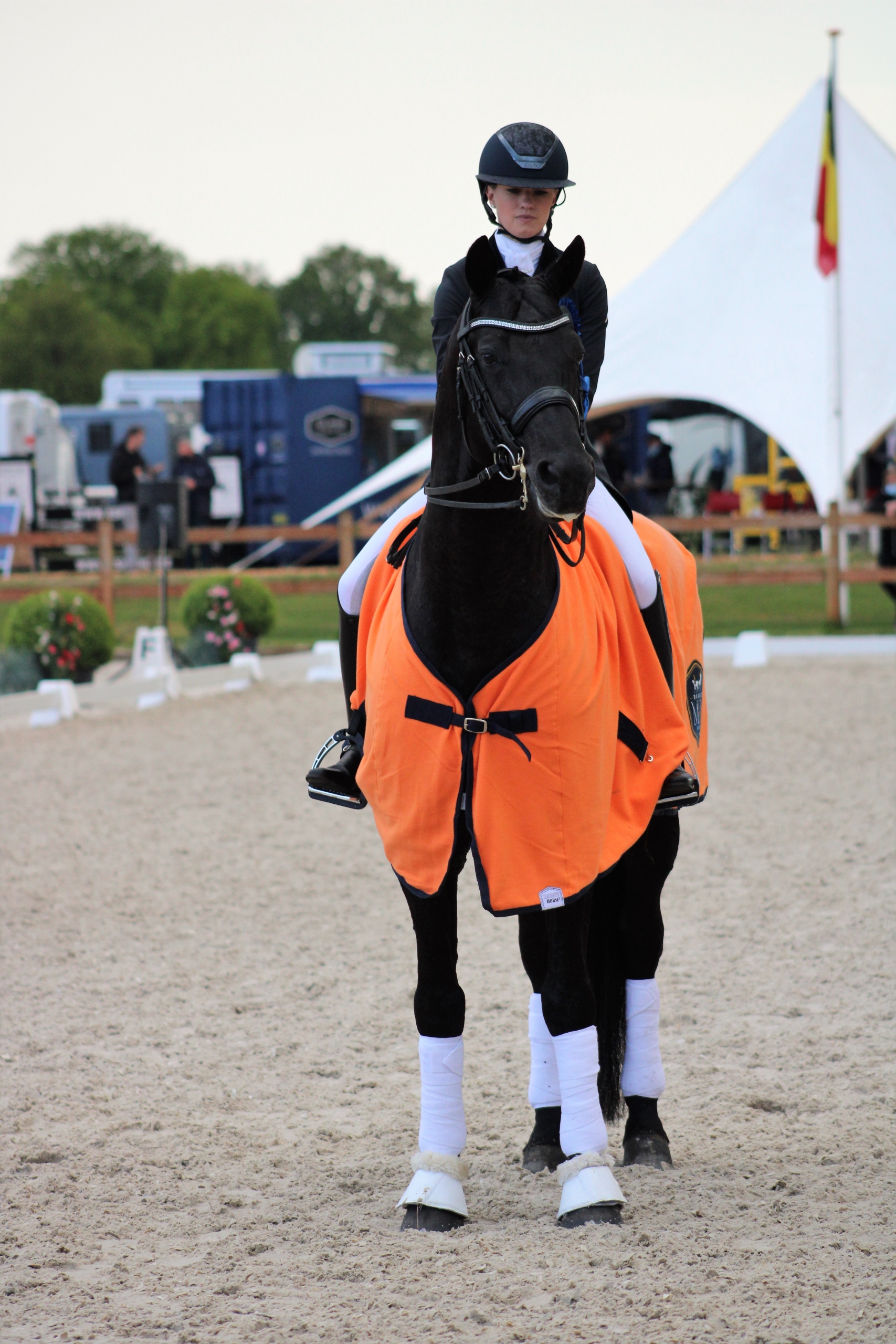 At the end of May, CDI Compiègne was on the program. This time with Everdale, Don Joe and Dark Legend. Don Joe won the Intermediate I,  with a top score of 73.71%! Lottie and Everdale won the 3* Grand Prix with 76.67%. Dark Legend became third with 76.10% in the Grand Prix Special. 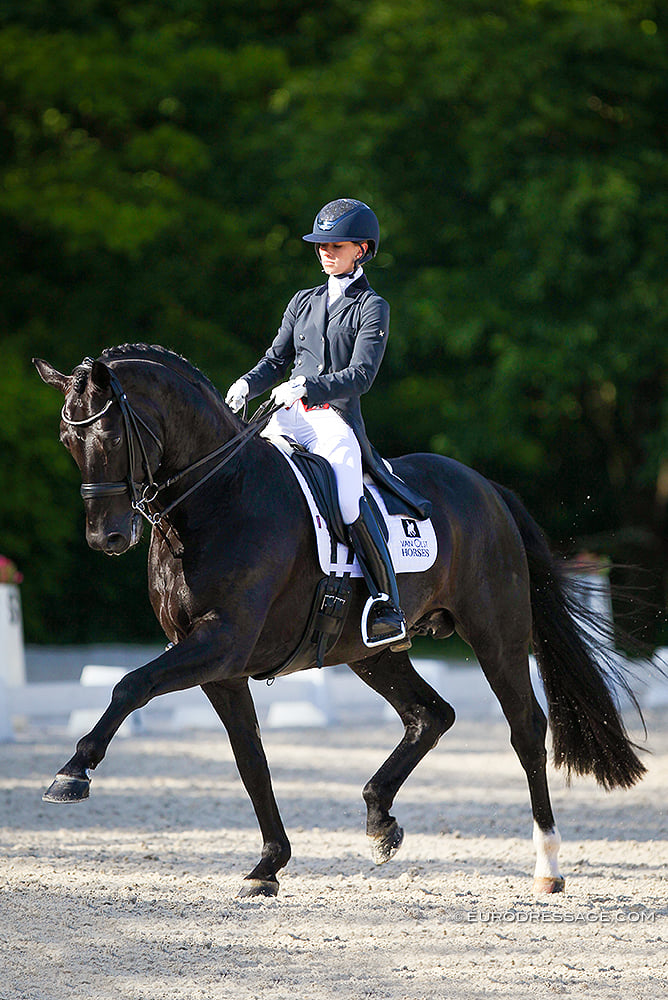 In June there was time to train at home. Then on July 1st the fantastic news came in that Lottie and Everdale had been selected for the Olympic Games in Tokyo! Together with Carl Hester, Charlotte Dujardin and Gareth Hughes they were allowed to represent Great Britain. After a quarantine period in Aachen with Everdale and Dark Legend, Everdale arrived safely in Japan with his groom Steven Caley on July 15th.

On July 21, the news came that Kjento and Lottie had been selected for the World Championships for young dressage horses in Verden! On July 24, Lottie and Everdale made a fantastic Olympic debut. 77.096% and a first place in their group. With this they immediately qualified for the Grand Prix Freestyle.

On July 27, the Grand Prix Special was on the program, which counted as Nations Cup. Here, Charlotte Fry and Everdale, together with teammates Carl Hester and Charlotte Dujardin, took third place. Team bronze! A fantastic achievement. On July 28 it was time for the last part: the Grand Prix Freestyle. A wonderful way to end the Olympics: 80.61% for Lottie and Everdale! 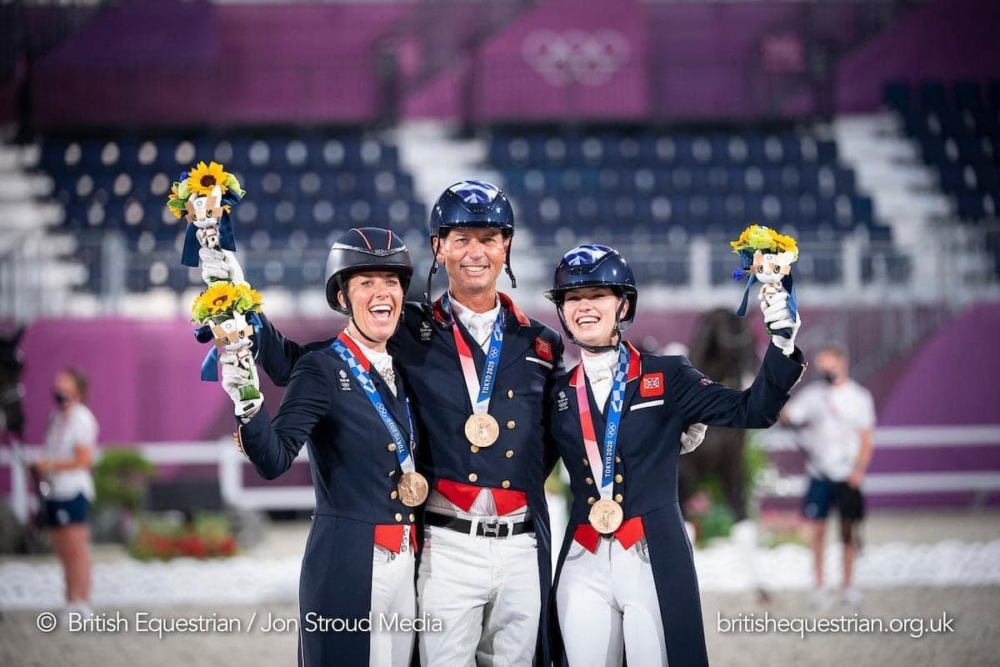 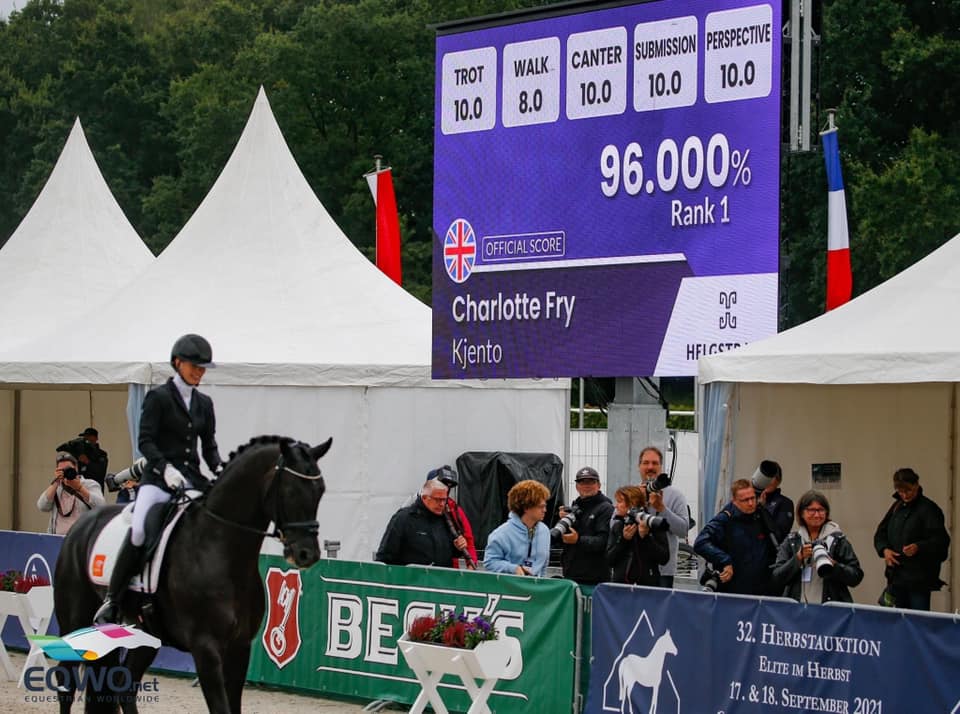 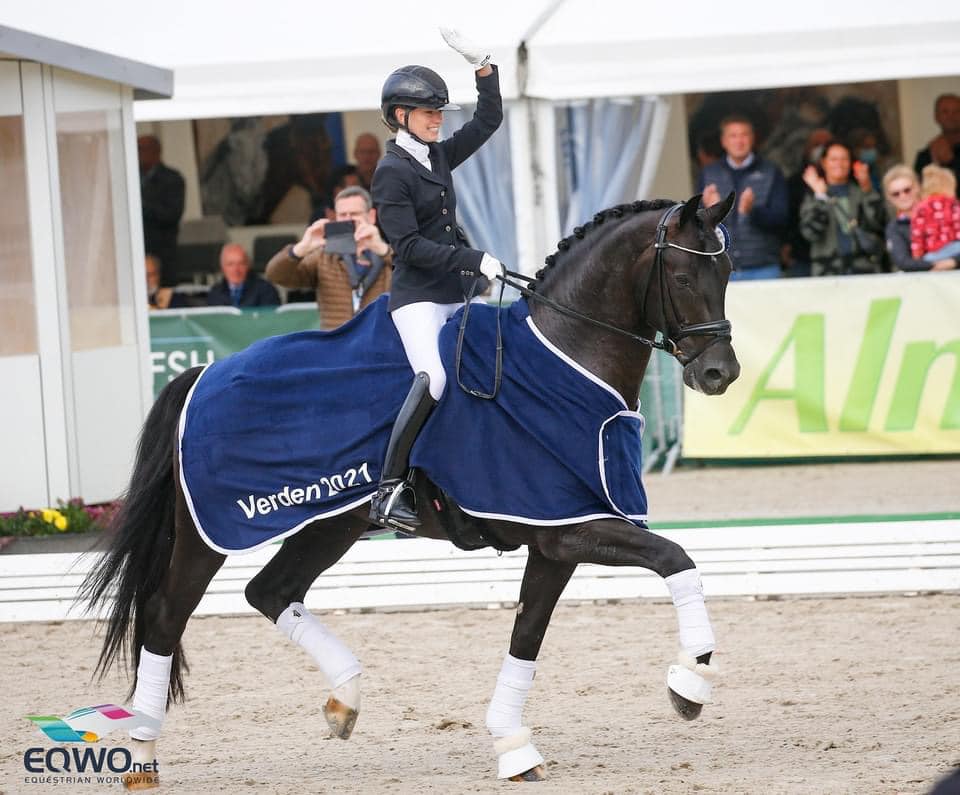 Immediately after the World Cup, Lottie went to the European Championships in Hagen, together with Everdale. The combination scored no less than three PRs and closed the week with a mega score of 84.72% and a fifth place in a super strong field of participants. In the Nations Cup there was a SILVER medal for team Great Britain! 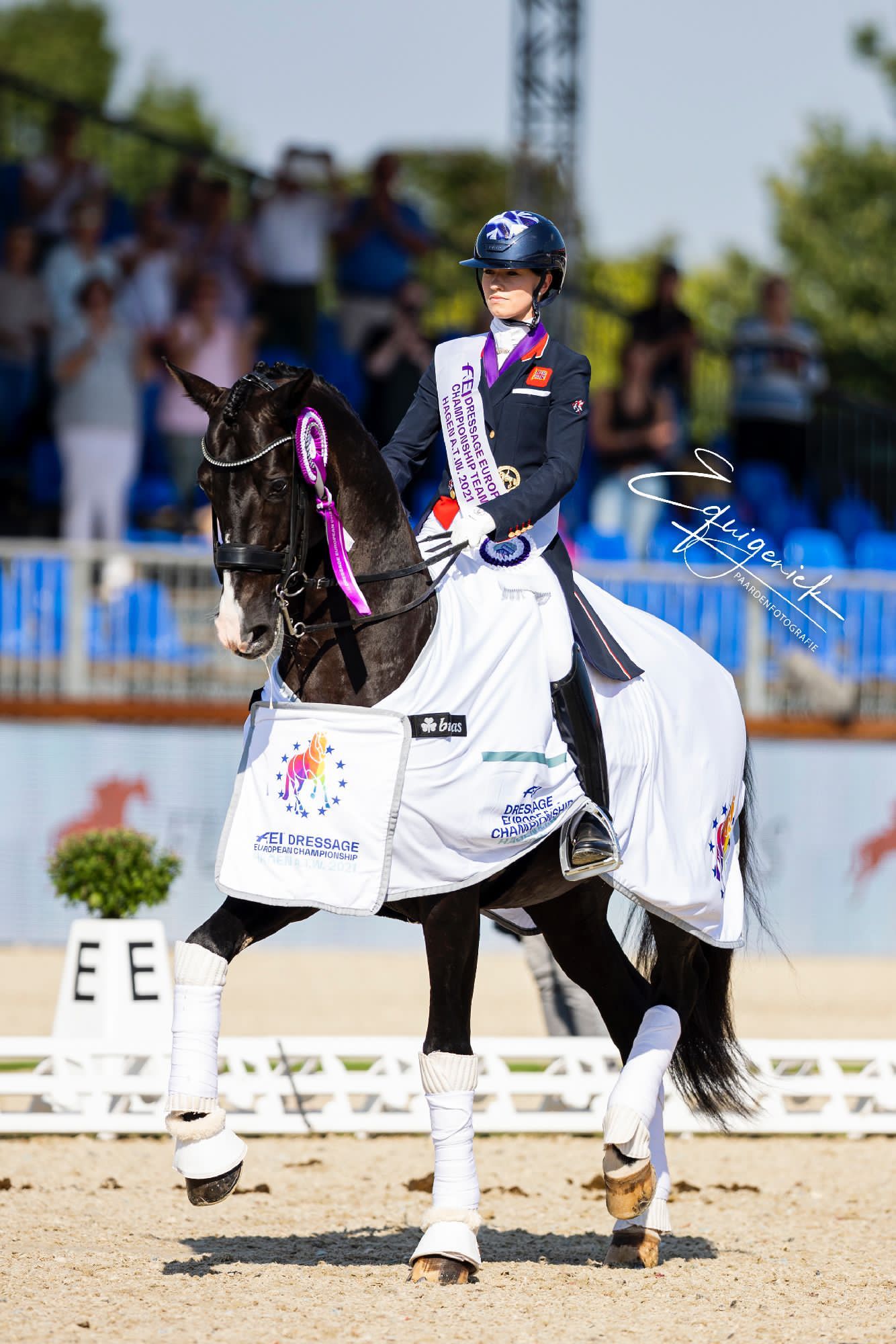 What a season, we are very proud of our horses and our team! We want to thank all our loyal followers and sponsors for their support!